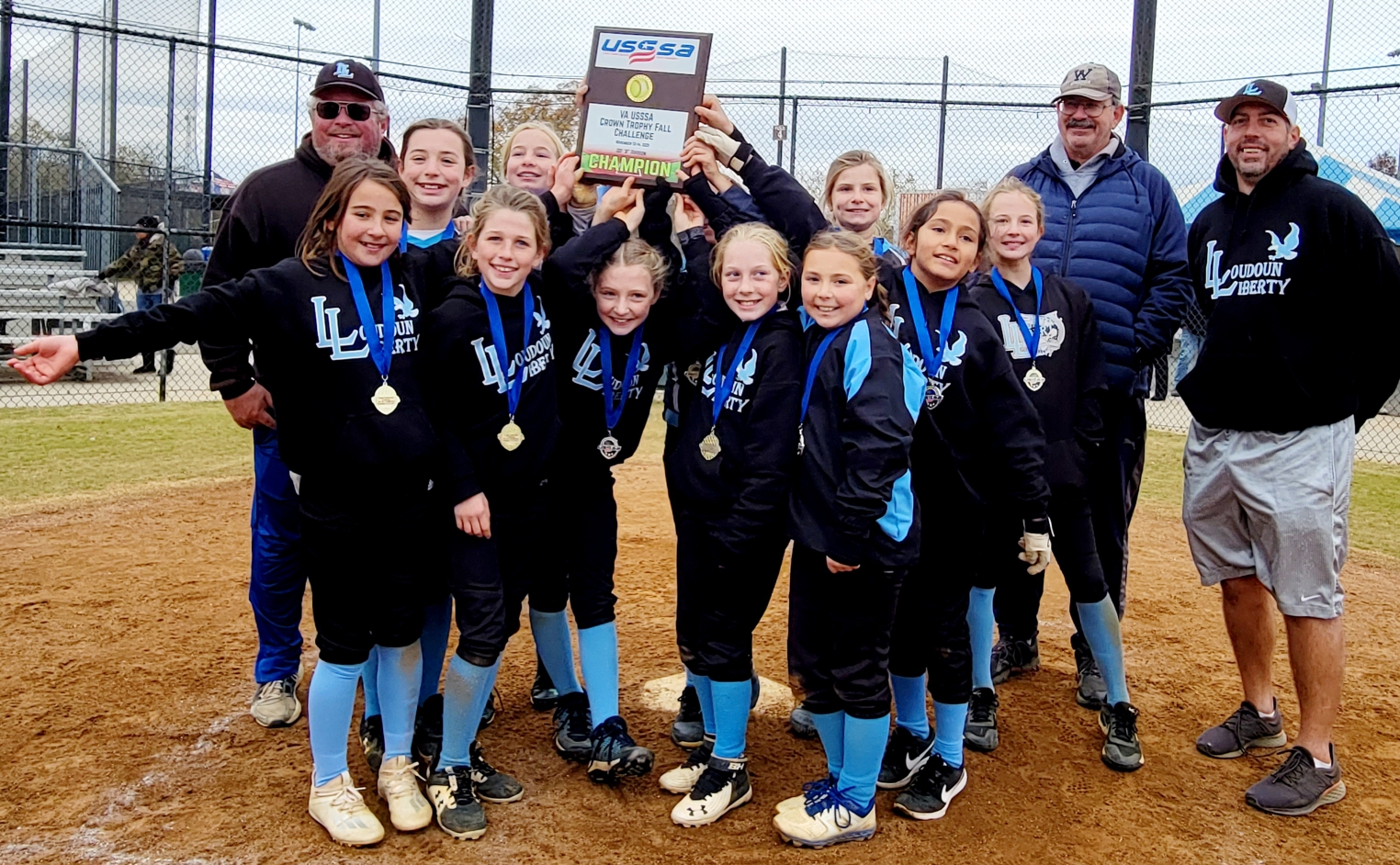 Mia J. and Brynnly T. went yard (Brynnly did it twice) and Gianna S. had 5 RBIs in the championship game to lead an offensive explosion that propelled Loudoun Liberty 10U to victory in the USSSA Crown Trophy Fall Challenge NIT for the 10UB division. Liberty outscored opponents 64-11 while going 5-0 on the weekend. It was the team’s third tournament championship in the fall season and its second in a row. Liberty also finished as runners up in a fourth tournament and finished third in two others in the fall campaign. In all, the team posted a 25-7 record and now heads into a two-month break before winter training starting in January.

Mia and Brynnly were joined by Chloe S. in pitching that dominated opponents. Excellent catching by Allie E., Kendyl D. and Addie P. anchored a solid defense that saw excellent plays by Callie R. at first, Gianna S. and Sabine C. platooning at 3rd, and MacKenzie S. and Campbell R at SS and 2B.

The victory was a total team effort and sets a high bar for the Spring, for which Coach Ryan, Coach Spicer and Coach Mike have ambitious plans.