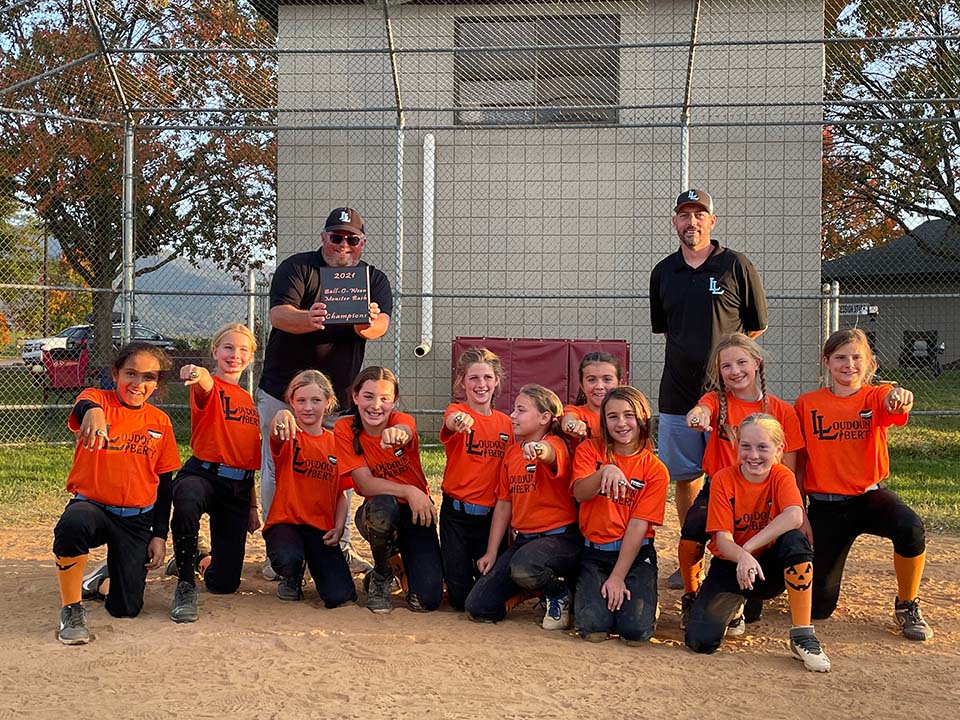 Loudoun Liberty 10U, in costume as characters from the Buffy the Vampire Slayer television series, uh, “slayed” the competition at the Ball-o-Ween Monster Bash tournament sponsored by Shenandoah Valley Diamond and Hoops. Liberty earned championship rings as they went 5-0 in Luray, VA,  winning four games against opponents moving up to the 12U division in the Spring (the SportsNation sanction is popular in central Virginia as it allows teams that would be required by other sanctions to play 12U in the fall to remain in the 10U division.) Among the opponents, Liberty was honored to twice play the Shenandoah Sparks, coached by Kate Gordon, who was the lead-off hitter for the James Madison University Dukes in their Women’s College World Series run in May.  Liberty won both games in walk-off fashion. The tournament victory was a complete team effort, with excellent pitching by Gianna S., Mia J., Chloe S. (who won the championship game over Smokin’ Bases) and Brynnly T., who passed 100 strike-outs for the season on Saturday. Hot bars up and down the lineup and timely defense helped Liberty outscore opponents 36-14.